So this is the April that keeps on giving.

Regular readers will note that I don't write much about my childhood peers, except in vague terms or in passing when noting that I went to a school with tests to get in (because twice exceptional is twice screwed). Mostly though I'm extremely vague. I don't know why, I guess some of that "well, kids will be kids" internalized a bit, and part of me really wanted to swallow that blah blah awareness blah blah they'd feel terrible now blah blah excuses.

Today a long time internet acquaintance was at the museum in my city with an art club. I met them there (they can identify themself if they so wish in the comments. But my issue isn't with them, it's with childhood bullies) for a very quick lunch before I went to do a work thing.

Turns out? The person in charge of my friend's thing was a childhood bully of mine who recognized me, because I haven't changed much since high school or maybe figuring out what "twelve years later" will look like is just normal. He asked my friend who I was. They told him. And I envision the conversation went approximately like this:

"who is your friend? Oh? NO WAY. We went to school together! No, no, she wouldn't remember me fondly at all. See, I was a big badass who joined with the other 24 kids in our class to make her life hell, because I am a big fucking coward. I'm still a big fucking coward, because I'm telling you, a student, instead of growing some kidneys instead of apologizing to someone I actually wronged.

"But, I mean, I wasn't the worst, so no one can hold that against me right? I only watched the rest of the class lock her in a locker. I was only silent when classmates cut her hair. I only whispered about the actually really fucking obvious signs that this kid was being abused at home, because they were funny. I only mocked her hand flapping when the teachers weren't watching. I'm a real stand up guy.

"I wanted to be a tough kid, so I proved it by shitting down on the biracial kid getting abused at both houses. Yeah I'm so punk. I am going to lie and tell you I stopped at age 10 when your friend, someone known as an actual badass in your movement, will tell you that actually it continued until she made friends with the scariest kid in our high school. No, we weren't in high school at 10, but I'm ashamed to have been such a shit so I am going to rewrite myself.

"Not ashamed enough, though, to actually apologize. Because like all bullies I'm a coward and because I'm a real person I expect you to sympathize with me, not the weirdo kid who was being raped at home and whose mom tried to bash in her skull and whose family configuration was weird as hell and who never had food at school and you would have too and that's my excuse.

"Oh, you say she's autistic? Well, no one told me that then and so everything I did doesn't count because it's not terrible if you are evil to someone because you think they're choosing to be weird. I'm not a sack of shit at all. Surely we're all over that now, kids will be kids."

So, here's the thing, shitty former classmate who should likely be very glad that I am face blind: you get exactly zero cookies.

You have enough self awareness to recognize that talking to me wouldn't have gone well. Great. You win a prize. The prize you earned of "not having all your art students know that you sexually, verbally, and emotionally harassed a classmate all through middle school" is what you get. Not a cookie. Avoiding the natural consequence of "this woman I traumatized all through school is using her singer lungs to announce all my sins". Good job. You also avoided a PTSD attack all over your general vicinity, but that doesn't mean I got to, because that's my prize for knowing your student: they told me who you were and that you halfass copped to being a miserable skid mark.

And I guess you did cop to being a fucking coward. You weren't the worst. Oh boy. Such moral fortitude. Except I remember you, now that you saw fit to drag me kicking & screaming into remembering you. You were just too much of a wimp to fully commit. You might get in trouble (ha. You may have legitimately passed the test to get into that school, and I know that mattered a lot to everyone back then, but you had zero pattern recognition. I had almost all the pattern recognition for the entire class of 1997--the person who got expelled in 8th grade didn't get expelled for any of the shit he did to me, including unwanted sexual touching and stealing. He got expelled for sexual harassment of people who mattered). You might get caught, as though anyone would care. You might cross the line & get kicked or hit back, and that might hurt (when we were 10 I was a whopping 52 pounds. I was always strong for size but at the time you're claiming you stopped, I wasn't big enough to hurt any of y'all. When you actually stopped you would have had more to worry about, except you fuckers were less with the touchy after 6th grade--during which I barely hit 70 pounds. So). Maybe you had a bit of a conscience, but child you was a fucking coward about that, too. I was standing up for other people shortly after I learned to speak at 5. I have no sympathy for child you.

I think part of you knows, dude, that child you is very lucky child me existed. You should be thanking whatever gods you do or don't believe in every night that child me was in your class, because you were a fucking weird kid yourself. Yeah, you could draw, but you weren't the only one. You weren't exactly, as I recall, in the financial bracket of the rest of the kids in our class either. You weren't all that athletic, or particularly funny, or quick to connect novel concepts, if we're being honest. And I am being so very honest.  Based on where you lived (don't traumatize the autistic kid. She memorized everything as a way of staying safe from you, just FYI) you were not exactly close enough, geographically, to have longstanding buddy buddy clique situations with the other kids in our class. Oh, we're back to how you've always been a cowards, aren't we? You got to hang with them because you were mean to me. Nice, getting points with a bunch of other shitstains by, again, touching and stealing and making fun of the biracial poor kid getting abused at home.

Cute.  Such tough. Many badass.

I hope you hate yourself. I really truly do. I know we went to Catholic school, but I don't believe for a second that forgiveness is for the forgiver. That it's a worthwhile thing to do when people aren't sorry. It's a nice idea for people whose lives are generally rosy, or perhaps for people who are cowards much like you who did bad things and don't want to own up to them because that's scary and hard. I think forgiveness is a gift. Sort of. No. Actually it's more like a qualification for certain jobs. You have to ask for it. You have to prove you mean it. You have to accept that you might not attain your goal. And not throw a big pissy fit when you aren't immediately forgiven. You have to then commit to not being such a waste of carbon and actually keep that commitment. I don't fuck around where forgiveness is concerned, and frankly I wish I believed in a hell so you & all our classmates could rot there. You can go be a coward with all the internet tough moms who send me death threats, you'll get on just famously.

I really don't understand, though, why you felt the need to mention this to your student at all? Did you think they could forgive you for me? It doesn't work that way? That they could assuage your guilt in some way using one of the common tropes? Your student is a lot younger than us & didn't grow up quite so much with "kids will be kids" and "well then don't be weird then". And they spend time in a community that I helped build that has a lot of anti bullying. Your student was not going to be impressed. Did you really think "so this cultural leader of yours, I contributed to her PTSD. But I wasn't the worst!" was really going to be a good way to build a good teacher/student relationship? I've taught a long time and "oh yeah I helped lock that person over there in a locker" is the opposite of things I would ever say to my students--not only because I've got a lot more moral fortitude than you do & would never do that, but because basic relationship building with students includes not giving them the impression you think people like them deserve to be tormented.

So. A+ teachering on that. Except not. Truly the people who set out to make a school for exceptional learners who synthesized and learn from experience are so proud of that error in judgement. I think you're too much a coward to be trying to scare them. How very adequate of you. You're certainly too much a fucking coward to own up to what a shitbasket you were as a kid, leading me to believe you sure are.

Congrats, though, for being the first person from that damnable school I've addressed on here. You can wear that with a badge of fucking honor. And then you can call up all your little buddies from that school and beg for cookies for the hours of PTSD flashbacks and days of nightmares you are bringing about. That would make you a fucking hero! Hot damn. You must be so proud.

Maybe you should stick around and read, if you're actually reading. And then not comment unless it's with a truly artful apology for being a waste of amino acids & a skid mark on the stain of humanity. 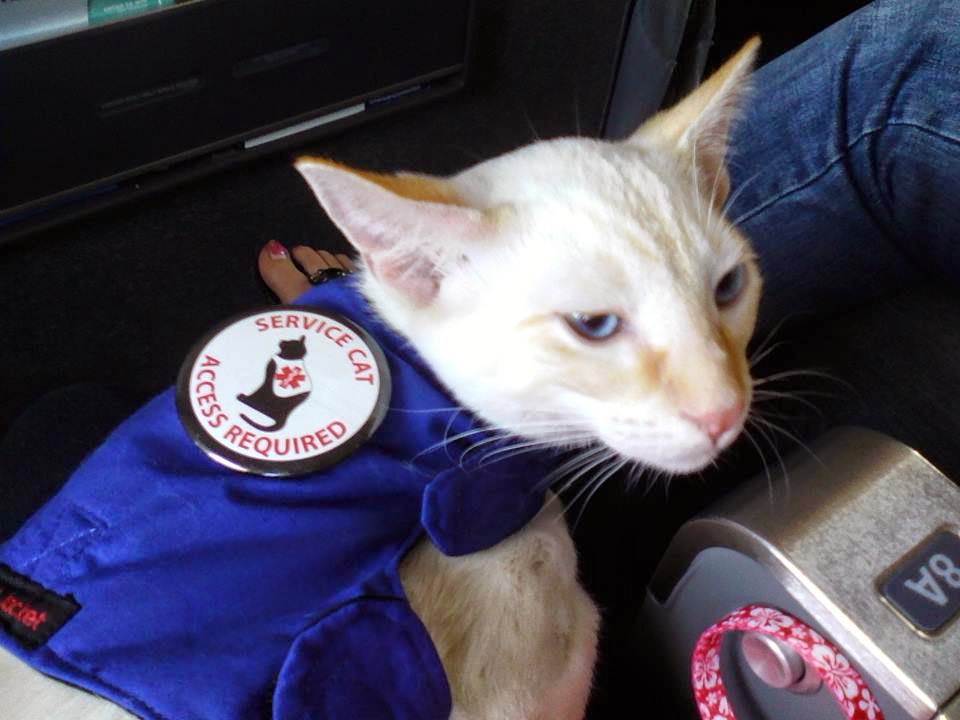 Pic vaguely related: Purkinje, the flame point Siamese seizure alert cat, has this face to make at such nonsense.